Ann Arbor finally has an answer to New York City's famed Pizza Rat: Pizza Squirrel. Tonight a fox squirrel in Liberty Plaza is eating well. Apparently though, the squirrel does not like pepperoni. 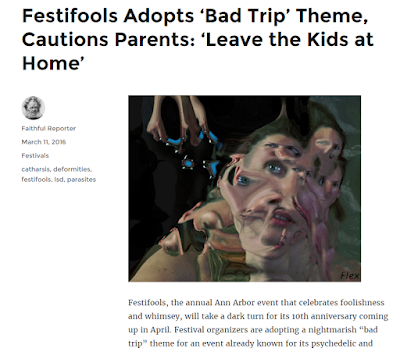 Gentle readers, there is a new website satirizing life in Ann Arbor. The Ann Arbor Sentinel,which is authored by an anonymous "Faithful Reporter," has already cranked out 4 articles since its inception in late February. Hopefully the Sentinel will keep satirizing us for years to come. 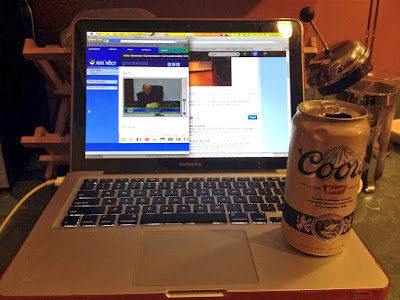 Gentle reader, if you're like me this week's elections have made you pumped for politics. If you're looking to get your political fix locally, why not stop by Workantile tonight to watch #a2council with us? The viewing party starts at 6:45. It's BYOB and BYO snack. Hope to see you there. 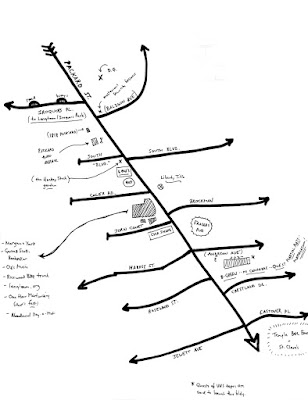 Gentle readers, have you been to Larrytown? Centered around the section of Packard between Stadium and Jewett, the Larrytown Corridor is a trendy commercial district and home to several local businesses including: eat, Morgan and York, Garrett Scott, Bookseller, Fraser's Pub, and Ricewood BBQ. According to the Larrytown website, the name Larrytown, was selected for the neighborhood "for its obvious euphony, the faint echo of another local destination district..."

Ricewood BBQ is open for the 2016 season

Ricewood BBQ is now open for the 2016 season 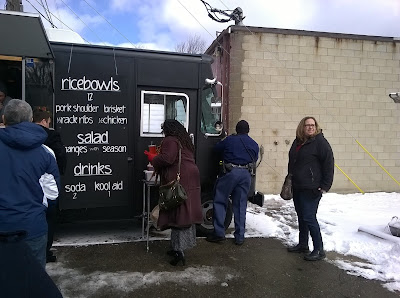 Ricewood BBQ opened for the 2016 season at 11:08 a.m. on Wednesday, March 2. Frank Fejeran and his crew took the order for ticket number 50, a order of brisket (spicy) on rice ($12), with a side of cucumber salad and a Kool Aid ($1) to drink, at 11:38 a.m. About six minutes later my order was up, packaged to go in a sturdy container.
The line at that time still stretched from the truck next to the Morgan and York entrance in the courtyard at 1928 Packard Road south through the snowy parking lot out to Jorn Court. At 12:43 p.m. there was still a line, albeit a shorter line, and ticket 102 was served to Dan Freidus, a numismatist from Barton Hills known for his 1994 study of the Higley Coppers who joined me there1.
At about a minute a ticket, the line was moving at a deliberate and steady pace. Parking behind Morgan and York was tight, with Michigan State Police patrol car 1221 taking advantage of an open spot in front of the dumpster. The patrolman had an animated conversation with an MLive reporter, Jessica Webster, who was covering the event, and they exchanged cards.
Frank spent some of his time in the truck, a black Grumman, and some tending to his two smokers: a Meadow Creek that had been in use in 2015, and a new smoker acquired that had been put to new use preparing 16 orders of BBQ chicken. The chicken is an addition to the 2016 menu;

ArborWX has details on outdoor emergency siren tests which begin this month in the City and County, plus what to do when they sound for real (spoiler: take cover and tune to WEMU 89.1 FM or WWWW 102.9 FM).

Washtenaw County operated sirens will be tested at noon on the first Saturday of every month from March through October. This means that this Saturday, March 5, at noon is the first Washtenaw County siren test of the year.

The City of Ann Arbor’s sirens are tested every second Tuesday of the month at 1:00 pm. Testing of sirens is performed from March through November. This means that this Tuesday, March 8, at 1 pm. is the first City siren test of the year.

There's an election next Tuesday, March 8! Here's what you need to know.

In addition to voting for presidential primary candidates, there's a countywide proposal on the ballot on renewing a .20-mill levy to fund our county's enhanced emergency communications system.
Chris Dzombak at 10:08 AM No comments:
Share
‹
›
Home
View web version