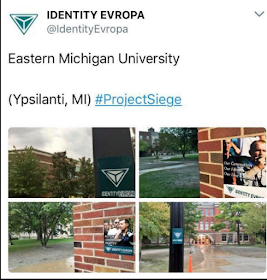 We know that white supremacist groups are trying to recruit on campuses this fall. It's important that we as a community band together to support vulnerable members and groups in the face of racism.